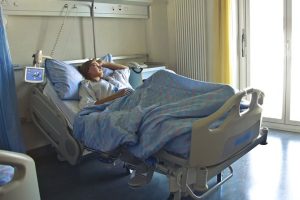 In order to establish a valid insurance claim or a personal injury lawsuit in the state of Florida, the individual must first prove that the other party was negligent in their actions.

In the state of Florida, an individual can still receive compensation for their injuries even if they were partially at fault for the accident. This is known as comparative negligence. Under this doctrine, an individual’s compensation will be reduced by the amount that they are found to be at fault for the accident. For example, if you are injured and declared to be 50 percent at fault for your injuries and are awarded $200,000, then you can collect 50 percent of those damages – so, $100,000. By working with a skilled and experienced attorney, you can work toward a good outcome.

Once it has been proven that the other party was negligent, the individual can outline the types of damages they are requesting. These damages can include both economic and non-economic damages.

Economic damages are those that have a specific monetary value attached to them, such as medical bills, lost wages, and property damage. Non-economic damages are more difficult to quantify monetarily, but can still be significant. They can include things like pain and suffering, emotional distress, and loss of enjoyment of life.

Initiating An Insurance Claim In A Personal Injury Case

These steps are important in order to preserve the injured party’s rights and to make sure that they are able to collect the full amount of damages that they are entitled to. An experienced and qualified attorney will be able to guide you through this process and help you get the compensation that you deserve.

The attorney will then begin to gather evidence to support the client’s case. This may include medical records, police reports, witness statements, and more. Once the attorney has gathered all of the necessary evidence, they will then draft a demand. This demand letter will detail the client’s injuries and damages and request a certain amount of compensation.

If an insurance company denies a claim or does not offer a fair settlement, an individual may be able to file a personal injury lawsuit. This is why it is important to consult with an experienced attorney who can review the facts of your case and advise you on the best course of action. Individuals making an insurance claim on their own are statistically proven to receive a lower amount of compensation for their injuries than if they use an experienced personal injury lawyer.

The first step in filing a personal injury lawsuit is to file a complaint with the court system. This document will outline the facts of your case and what you are seeking in damages. Once this has been filed, the other party will have an opportunity to respond.

The next step is to engage in discovery. Discovery is the process by which both sides of the lawsuit gather information about the case. This can be done through things like depositions, requests for documents, and Interrogatories.

After discovery has been completed, the next step is to file motions with the court.

Motions are legal documents that are filed with the court in order to request relief or ask the court to take a certain action. For example, a motion for summary judgment may be filed in order to get the case dismissed without going to trial.

The final step is to go to trial.

The initial step in any personal injury trial is picking the jury. A jury of your peers will be tasked with hearing the evidence and determining whether or not you are entitled to compensation. The next step is opening arguments. Your lawyer will present your version of events and explain what evidence the jury will hear during the trial. Your lawyer will present the evidence and argue why you should receive compensation. The other side will present their evidence and argue why you should not receive compensation. Both sides will make a closing argument using the evidence presented to sway the jury to decide in their favor. The jury will then deliberate and determine whether or not you are entitled to damages.

If the jury finds in your favor, they will award you a certain amount of money in damages. This money is meant to compensate you for your injuries, pain and suffering, lost wages, and more.

Compensatory damages are designed to compensate the injured party for their losses. This can include things like medical bills, lost wages, and pain and suffering.

Time To File A Civil Lawsuit

If an individual does not file their lawsuit within the statute of limitations, they will likely be barred from doing so. There are some exceptions to this rule, but it is generally very difficult to get around.

Overall, the personal injury process in Florida can be quite lengthy. However, if you have been injured due to the negligence of another, it is important to seek legal counsel as soon as possible to ensure that your rights are protected. An experienced personal injury lawyer will be able to guide you through the entire process and fight for the compensation you deserve.

The Law Offices of Roger P. Foley have been helping individuals in South Florida and The Treasure Coast since 2005. When you need help, we will be your voice. “Call Me” Roger P Foley to discuss the personal injury case and see what options are available in your particular case.